President Trump has approved a plan to allow major manufacturing firms including Ford, General Motors and Tesla to crank out a steady supply of urgently crucial ventilators. There’s already a shortage of the high tech medical equipment, so the President cleared the way for more to be made “FAST!”

On Sunday, President Donald Trump tweeted some enormously welcome news. Auto makers are retooling their mass production assembly lines to build ventilator equipment urgently needed by hospitals. “Ford, General Motors and Tesla are being given the go ahead to make ventilators and other metal products, FAST!” the President wants to see how good they are.

Last week, President Trump paved the way by signing the Defense Production Act. That allows the administration to “draft the American industry into manufacturing needed medical supplies” for the duration of the crisis. It went “into gear” on Friday.

Larry Kudlow, an economic adviser for the White House, told reporters Friday that Mary Barra, the CEO of General Motors volunteered GM’s services already. Billionaire Elon Musk also stepped up last week, offering to make ventilators. They were just waiting for the word, and they got it.

Medical experts are already getting nervous about a growing shortage of medical supplies. We cannot allow our hospitals to become overwhelmed. Currently, we’re looking at over 26,700 documented cases. So far, 340 Americans have succumbed to COVID-19. Ventilators aren’t the only equipment that the auto makers can help with. They can produce “other metal products.”

President Trump also praised FedEx for their above and beyond service to the country by carrying out “rapid emergency deliveries.”

Vice President Pence, in charge of the administration’s coronavirus task force announced that the Department of Health and Human Services has “hundreds of millions of N-95 masks” on the way which “will be made available to health care providers across the country.” FEMA will be handing them out.

At the same time, at least 55,000 National Guard troops have been deployed across America. The Army Corps of Engineers is working with private contractors in 13 states to build temporary hospitals. Hotels, dormitories and convention centers are being converted into intensive care units. Hundreds of thousands of beds are being added in the next three weeks.

President Lopez Obrador says Mexico is ready to offer Julian Assange asylum. On the day that a UK…
byChristopher Dorsano 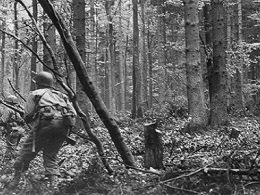 With Democrats controlling the presidency and Congress, GOP state lawmakers concerned about the possibility of new federal gun…
byChristopher Dorsano

Marjorie Taylor Greene isn’t good friends with the Swamp Monsters in Washington, D.C. but she is a good…
byChristopher Dorsano