You can’t blame people like Rod Blagojevich for complaining the system isn’t fair. “Pardon me,” they say, if McCabe can do it, so can I. President Trump agreed. President Donald Trump sent a huge message to the deep state this week by pardoning or commuting the sentences of 11 high profile criminals, many of whom were sitting in federal prison for lying to the FBI. Andrew McCabe just skated away clean for that.

When you take a look at the list of people that President Trump gave a pardon to this week, it’s clear he was sending a [https://www.cnn.com/politics/live-news/trump-rod-blagojevich-sentence-commuted/index.html] message to the deep state with a bullhorn. If Andrew McCabe did nothing wrong, then neither did Rod Blagojevich, Michael Milken, or Crystal Munoz. Blagojevich already served eight out of the fourteen years he was sentenced to. He tried to sell Barack Obama’s seat in the Senate to the highest bidder after Barry Soetoro went to Washington. He was the Governor of Illinois and it was up to him to name the replacement. The things he was caught saying on the wiretap were priceless.

In what The Chicago Tribune calls “perhaps the most famous tape,” Blagojevich call Obama’s seat “f***ing golden.” He was all set to cash in. “I’m just not giving it up for f***ing nothing.” The first trial ended in a hung jury. The only charge they could make stick was the one for lying to the Federal Bureau of Instigation, like Andrew McCabe. They went back to square one and convinced a second jury that Blagojevich was a criminal, “securing convictions on 17 of 20 corruption charges — including the shakedowns related to Obama’s Senate seat.” He also allegedly shook down “a children’s hospital, a racetrack owner and a building executive.”

President Trump explained, “he served eight years in jail, a long time.” Compared to McCabe, his sentence was “ridiculous.” Trump noted that the television appeals of Blagojevich’s wife Patti helped him make up his mind.

President Trump insists he doesn’t just pull these commutations and pardons out of his backside. “These are all people that you have to see the recommendations. I rely on recommendations, very importantly,” he told reporters at Andrews Air Force Base Tuesday. The administrator-in-chief signed seven pardons and four commutations. Some of these have been under consideration for years.

Along with the former Illinois Governor, Trump granted clemency to former San Francisco 49ers team owner Eddie DeBartolo. He pleaded guilty to failing to report a felony in a bribery case. Former teammate Jerry Rice relates, “what he has accomplished, what he has done on the football field, off the football field a lot of charity work” was the magic key. Another big name was Michael Milken, “legendary 1980s junk bond king.” The 73-year-old is now “a survivor of prostate cancer, has become a major donor to charities funding cancer research.”

Former New York police commissioner Bernie Kerik earned a pardon for “charges including tax fraud and lying to officials.” Again, just like McCabe. Trump called Kerik “a man who had many recommendations from a lot of very good people.” Trump also gave a pardon to Ariel Friedler, “a software entrepreneur who pled guilty to conspiracy to access a protected computer without authorization.” Paul Pogue was granted clemency for “underpaying his taxes by approximately 10% over a three year period.” David Safavian “was sentenced to one year in prison in 2009 for obstructing an investigation and making false statements in connection to a former lobbyist, Jack Abramoff.”

Not all were white collar criminals

The president also issued a pardon to author, television personality, and motivational speaker Angela Stanton. She got tied up in a “stolen vehicle ring in 2007, for which she served six months of home confinement. Since then, Stanton has worked hard to help improve reentry outcomes.”

Tynice Nichole Hall already served “almost 14 years for drug-related charges.” She was busted trying to “distribute, possess, and manufacture crack cocaine.” Of course, there were a lot of guns around. Crystal Munoz committed the hideous crime of “conspiracy to possess with intent to distribute marijuana.” The FBI locked her up and threw away the key. She served 12 years of hard time already. “She has spent much of her time in prison committed to her rehabilitation. Munoz mentored others and volunteered to help with a hospice program” 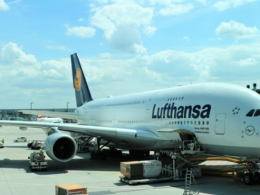 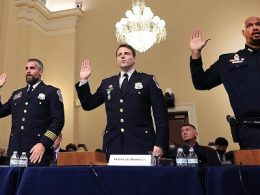