Traditions are a lot more important than most people realize. We communicate our culture and ethnic traditions from one generation to another with our rituals and customs, no matter how bizarre they may seem, like Groundhog Day.

Ceremonies make us feel a part of a much larger community. In the colonial commonwealth of Pennsylvania, a brand new all-American tradition began around 1850 that endures to this day.

Every year on Candlemas day, February 2nd, the Punxsutawney locals go out and consult their official groundhog to learn their chances for an early spring. Nobody has ever taken it the least bit seriously, but it’s a great excuse for a town festival in the middle of a cold and dreary winter.

Our early pioneers along the western frontier were too busy chasing off bears to ever dream there would be such a thing as animal rights groups.

Those Americans that think PETA stands for People Eating Tasty Animals don’t generally pay much attention to what the animal rights group has to say. Our nation was built by hunters and fishermen blazing their way across the wilderness.

To their modern descendants, there’s lot’s of room for all God’s creatures, right next to the mashed potatoes. That doesn’t mean the liberal wackos don’t have a good idea once in a while.

While traditions are important, they don’t need to remain rigidly the same year after year. All traditions mutate and change with the times. As one psychologist writes, “while we hold old traditions dear, it can be dangerous and downright dogmatic to eschew new ways of looking at things in the name of grasping after traditions that have become outlived.” Do we really need to annually abuse an actual living groundhog? Or can we satisfy our pagan rituals with a robot rodent as a more humane replacement? In this case, the tree huggers may have a point.

In the earliest days of this particular tradition, long before it was officially recognized, German immigrant settlers were buried in snow and longing for warmer weather around about the time Candlemas came around.

Since that was when they got their candles blessed in hopes their supply would make it through the winter, they were anxious to estimate just how long that might be. Back in the old country, they were intimate with the habits of the animals and kept an eye on the badgers. Here in America, they settled for it’s cousin, the groundhog.

These settlers were well aware that after hibernating all winter, about then a male would poke his nose up out of his burrow and sniff if any of his female friends were awake yet. If so, he’d crawl on out and have a little bit of forage in hopes of getting lucky.

If there weren’t any girls around, he would go back to bed until the middle of March. Since there wasn’t a lot to do but loaf after the service at church, a few of the guys would grab a skin of something to keep away the cold and head up to check out the burrow on Gobbler’s Knob. Pretty soon, they realized if they went up there before church, they could tell the whole town what they saw.

Now we have the internet and don’t need to badger any of the local wildlife just to get a weather forecast but that doesn’t stop about 25,000 people a year from heading to that hill in the middle of the night.

Once they get there, since everybody knows the groundhog lives in a climate controlled condo at the library anyway, why wouldn’t a robot varmint work just as well. Heck, it could even be better, vocalizing the seasons forecast with the accuracy of artificial intelligence. Who can tell the difference when standing behind 10,000 other people 100 feet away?

The real Punxsutawney Phil can still be the star of the show, right from the comfort of his burrow in the library without having to suffer the indignity of being dragged to a cold hill in the middle of the night and held up in front of a bunch of bright lights and confusion.

One of his cousins, Charlotte, up in Staten Island, did her act under the stage name “Chuck,” Until she was murdered by former New York Mayor Bill de Blasio in 2014. In front of a crowd of horrified onlookers, he dropped her nearly 6 feet during a photo op. She died a week later from internal injuries.

The PETA people aren’t happy that Phil and his wife Phyllis are being held hostage in a library when they should be free to dig, burrow and forage but there is a great opportunity for compromise. Let Phil keep his superstar status and high-end climate controlled lifestyle while the robot stand-in stunt double deals with the crowds of screaming fans.

Every year, visitPA provides a live stream of the event. 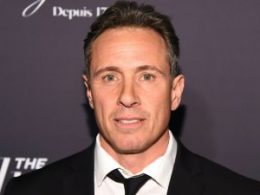 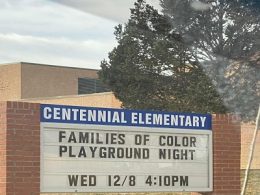