Texas Congressman Troy E. Nehls is taking a good hard look at ending the Disney unique no-fly zone advantage over their resorts– a perk conferred to no other amusement park in the country. Congressman Nehls informed reporters that “major corporations should not get unreasonable privileges just because they have the ability to bankroll Congress, especially when they are trying to force their ideology on our children.”

Rep. Nehls in correspondence to House Speaker Nancy Pelosi and Transportation Secretary Pete Buttigieg on May 2nd said seeking clarification to understand why Disney gets this unique treatment, while not even their next-door neighbors such as Universal Studios get the exact same.

His office stated, “while most flight restricted areas in the United States reside over places of high security or hazardous regions, Disney is the only theme park that benefits from the restriction for the commercial gains of eliminating banner ads and disruptive aircraft from their parks.”

“flight restrictions add complexity and restrict freedom—they should be reserved for compelling national security and safety needs,” said Congressman Nehls in the letter. “…unfortunately, special interests may have hijacked the agency’s mandate, in the sheep’s clothing of national security, for commercial gain.”

Why does @Disney get special treatment?

Today, I sent two letters to @SpeakerPelosi and @SecretaryPete asking them whether or not they supported the "No-Fly Zones" over Disney's theme parks considering no other theme parks in the country received the same preferential treatment. pic.twitter.com/OlSeVk1zWV

In 2003, Congress passed Section 352 of Public Law 108-7, which was later on modified by Section 521 of Public Law 108-199. These acts produced irreversible “temporary” flight limitations in the airspace over Disney’s resorts in Florida and California. In his letter, Congressman Nehls explained that unlike their rivals, like Universal or Six Flags, Disney Parks are the only amusement park that gains from the constraint.

“Measures designed for protecting our national security and public safety must not be co-opted by companies looking to gain,” said Congressman Nehls in the letter. “Given that almost 20 years have passed since the designation of these “temporary” flight restrictions and the long-standing controversy around their creation, I ask that the House reconsider their appropriateness.

Rep. Nehls furthermore indicated the 2013 statement from then-President Barack Obama’s Federal Aviation Administration administrator Michael Huerta, who stated, “Disney’s ‘no-fly zones’ do not meet standard requirements and would not be in place has Congress not enacted specific legislation.”

“Other independent observers have long questioned the security rationale for these ‘no-fly zones,'” Nehls wrote. “In 2003, the Orlando Sentinel reported that the decision ‘angered pilots across the country who accuse Disney of manipulating the nation’s terrorism fear for one clear commercial aim: to close public airspace over its parks as a way to ban competitors’ aerial advertising planes and sightseeing helicopters.'”

The fight in between the GOP and Disney started after the home entertainment giant openly condemned Florida’s Parental Rights in Education law, which was misleadingly identified the “Don’t Say Gay” bill by challengers. In demonstration of the legislation, the business suspended political contributions in the state and pledged to rather support companies working to oppose the law.

The law in question restricts the mentor of gender identity or sexual preference to trainees in 3rd grade and listed below.

In action, Florida passed legislation that would end Disney’s tax advantage and independent power over the Reedy Creek Improvement District.

“I was shocked to see some of the stuff that’s in there. They can do their own nuclear power plant. Is there any other private company in the state that can just build a nuclear power plant on their own?” Governor Ron DeSantis said during a press conference last month.

“They’re able to do certain things that nobody else is able to do. So I think they’re right to be looking at this and reevaluating and having an even playing field for everybody, I think is much better than basically to allow one company to be a law onto itself.”

The Verdict Is In For Michael Sussmann

They Just Found The Emails The Secret Service Said Were Missing!

In an exclusive report, Just the News discovered about five dozen emails between Hunter Biden and his Secret…
byStaff Writer

The Keystone XL Pipeline’s developer is speaking out about the Biden administration’s shutdown of the project, and what…
byStaff Writer 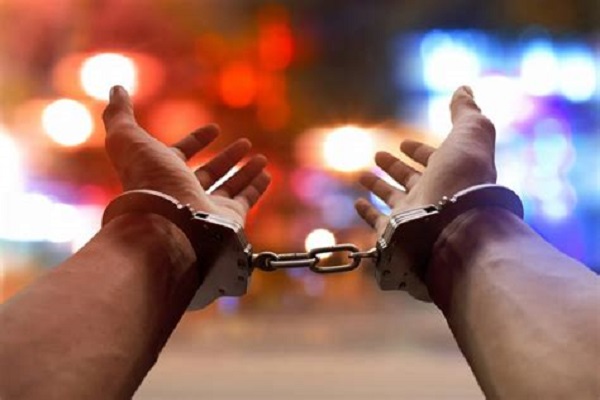