The Supreme Court (SCOTUS) ruled unanimously on June 7 that people who enter the United States illegally are not eligible to recieve a green card. The ruling establishes that illegal immigrants who have recieved Temporary Protected Status are not able to convert this status into Lawful Permanent Residence. According to the court, a record of unlawful entry into America cannot be erased legally.

The SCOTUS case surrounds an application from Jose Santos Sanchez, a citizen of El Salvador who illegally entered the United States in 1997 and has lived in America ever since.

In 2001 Sanchez was granted Temporary Protected Status by the United States Government following a series of major earthquakes in El Salvador.

According to the decision, conditions in El Salvador were unsafe enough to suggest that Sanchez should be allowed to remain in the United States.

Under Temporary Protected Status, individuals are granted permission to stay in the United States only for as long as the unsafe conditions in their home countries last.

The specifics of this arrangement are apparently difficult to apply; Sanchez has used his “temporary” status to remain in the United States for two decades.

The SCOTUS decision comes as a result of his attempt to solidify this technically temporary status into a legal permanent residence.

Justice Kagan delivered the opinion of the Court, in which SCOTUS ruled unanimously in favor of the Department of Homeland Security and against Sanchez.

The main question being addressed in the case was whether or not illegal status is erased by a later decision to allow a person to stay under a temporary condition.

The law surrounding Lawful Permanent Residence allows some nonimmigrants, such as students or tourists, to eventually convert their temporary status into legal residence in America.

This requires, however, that the individual who is applying initially entered the country lawfully and through the proper channels.

Sanchez and his lawyers argued that, because he was given the temporary status, the United States has already been treating him for two decades as one of these lawful arrivals.

SCOTUS disagreed, ruling that there is no legal reason for allowing Sanchez to erase his illegal entry and become a permanent resident contrary to what the law specifies. 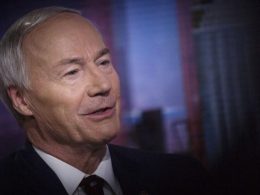