As the latest conflict between Israel and Hamas continues to intensify, the Israeli Iron Dome is doing exactly what it is intended for. The famous missile defense system has intercepted and destroyed dozens of rockets launched from the Gaza strip in recent days, with many of the spectacular collisions being caught on camera. Hamas has reportedly launched over 200 rockets at Israel since the current hostilities began.

The fighting is, as usual, centered around disputes over ground in Jerusalem which both sides hold to be sacred. Fighting began early in May at the Temple Mount as Palestinian protests grew throughout the city.

Huge numbers of Palestinians have since joined protests, which Hamas has claimed as their justification for launching missiles at Israel.

Jerusalem, which has been the target of several attacks, has not faced missile attacks since 2014. The attacks on the capital have been treated as a major threat by the Israeli government, which has responded with airstrikes in Gaza.

Two Israeli citizens have reportedly been killed over the course of the missile attacks throughout the southern and central portions of the country.

The disparity in casualty numbers shows the enormous advantage which the Israelis have in their Iron Dome defense system.

The inaccurate rockets being fired by Hamas primarily rely on sheer numbers to do damage to Israeli infrastructure and population centers. Israel is able to be far more precise with their targeting of military sites in Gaza.

Still, the missiles from Gaza could be a major concern for Israel if the Iron Dome was not operational. The Israeli Defense Forces claim that Hamas over one period of time fired off one rocket every three minutes.

In one video an interception by the Iron Dome can be seen taking place above several astonished Israeli reporters, dramatically lighting up the night sky with the mid-air explosion.

The system operates by tracking missiles in Israeli airspace and destroying them before they strike with interceptor missiles launched from sites on the ground.

Since being put into operation in 2011 the Iron Dome has been an undeniable success for Israel, neutralizing to a large extent the ability of Hamas to hit targets in Israel.

While the current conflict is ongoing, the success of the Iron Dome has once again shown that Israel continues to hold an extreme advantage in technology and resources over their enemies in the Gaza strip. 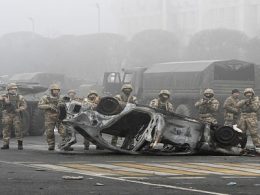 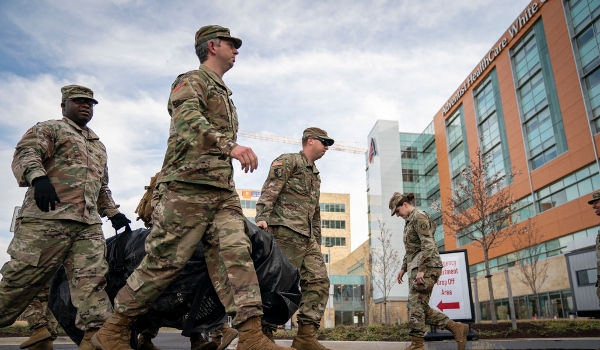 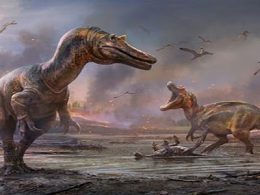 A rare find in England has resulted in the discovery of two previously unknown species of dinosaurs. The…
byScott Moore