You KNEW this would happen. Strike while people are understandably upset over another senseless gun related murder spree. But this has nothing to do with the already strong current laws on firearms purchases. Law abiding citizens have to squeeze through hoops where criminals don’t care about the law. This is just Democrats trying to disarm as many people as possible. It’s incremental.

At least one gun control bill has passed in the House

On the bright side, it’s likely to die in the Senate. The Senate is much more stoic. Even with Kamala being the tie breaker, it’s not likely to be enough.

Democrats have talked about removing the filibuster, another obstacle to getting things passed. All this must be for the “optics” that Nancy wants to uphold. There are already processes in place that have been used so you can just bypass Republicans.

We are heartbroken over the shootings in Georgia that killed eight and left one wounded.

As facts continue coming in, it is clear that guns are too often weaponized as a tool of hate. This must end. https://t.co/QUvNZpyujw

Anything to make people who believe in the Second Amendment look bad. Make it look like gun owners don’t care.

The current bills in process would expand background checks and keep abusive people from owning a gun. The devil is in the details though. How much more would the checks be expanded? The Giffords PAC, started when Gabby Giffords was shot, tweeted out, “As facts continue coming in, it is clear that guns are too often weaponized as a tool of hate. This must end.”

Hopefully Republicans will stick to their guns

So to speak. Out of the two bills pending, one would require a check on private sales. The other would give 10 days to run a background check.

The Violence Against Woman Act has been reauthorized. The NRA opposed it because it broadened what could be considered an abusive person to include people who didn’t coexist together. That’s very difficult to prove. An old girlfriend could allege she’d gone out with you when both of you would know it’s a lie.

The race card fell on its face as it should. Giffords was trying to say it was racially motivated. It wasn’t. It was a guy going to massage parlors for pleasure and not happy he had to pay for the service. No law would have kept him from buying a gun. 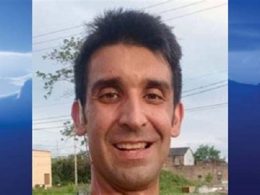