History isn’t being taught. These children grow into adults that Just. Don’t. Understand. You also cannot put 2020 values on things that happened centuries ago. It will make no sense. Lincoln had bigger priorities than worrying about Native Americans and in fact was assassinated over freeing the slaves by the Democratic party California supports.  Democrats wanted the slaves the Republicans tried to free.

Lincoln and other founding fathers

Are repeatedly assassinated by people who don’t understand and don’t care what the country went through to become a country. People might care – might – when you have to start shooting your way out of the Communism you voted in.

Jeremiah Jeffries is the committee chairman of the renaming committee of the Abraham Lincoln high school.  He’s also a first grade teacher.  Generations taught to hate America.  It was reported that committee had a problem with more than just Lincoln. George Washington, Herbert Hoover and Paul Revere also made the list.

This will never stop, until Americans say “ENOUGH!!” and call it out for the ignorant nonsense that it is. https://t.co/UyqsTj4GBZ

About black lives. The Black Lives Matter that we know and love today (sarc) would indeed not be on Lincoln’s list. He freed the slaves or tried to. Southern states weren’t happy and they’d just finished off a deadly civil war over it. There had already been too much death. Liberals and Democrats need to visit Gettysburg and be willing to learn. Those shadows have existed for centuries, they aren’t going away any time soon.

This renaming committee established criteria that would exclude a lot of people in history. Even environmental abusers would make the list.

He didn’t care about Black Lives Matter and incredibly, the transcontinental railroad. Jeremiah Jeffries said, “The discussion for Lincoln centered around his treatment of First Nation peoples because that was offered first. Once he met criteria in that way, we did not belabor the point. The history of Lincoln and Native Americans is complicated, not nearly as well known as that of the Civil War and slavery. Lincoln, like the presidents before him and most after, did not show through policy or rhetoric that Black lives ever mattered to them outside of human capital and as casualties of wealth building.”

The railroad affected indigenous lands. Lincoln wasn’t about to ask Native Americans if it was okay to build this, he’s risking death freeing slaves as it is! Jeffries was upset he didn’t commute the sentences of 39 Native Americans.

Lincoln’s not the only one under fire

Liberalism bites itself. This group attacked their own Dianne Feinstein. An elementary school is named after her. She allegedly flew a Confederate flag as Mayor.

Jeffries said about her, “On a local level Dianne Feinstein chose to fly a flag that is the iconography of domestic terrorism, racism, white avarice and inhumanity towards Black and Indigenous people at the City Hall. She is one of the few living examples on our list, so she still has time to dedicate the rest of her life to the upliftment of Black, First Nations and other people of color. She hasn’t thus far.” 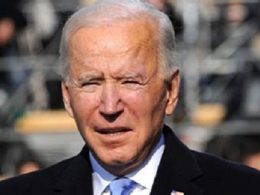 Trump Just Created a Documentary About… 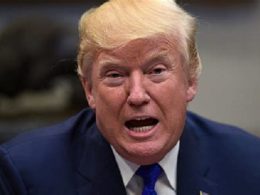 The Disturbing Link Between COVID Vaccine And Degenerative Brain Disease