For some reason, the trouble-making Muslim lawmakers who invaded the hallowed halls of congress can’t seem to get the idea that maybe they should be a little less conspicuous. Ilhan Omar actually has the nerve to blame the whole illegal immigrant invasion on American foreign policy. Pollution from American industries is the real culprit, she says. Our pesky military keeps standing in the way of the New World Order’s plan for global peace through world domination.

Instead of representing the best interests of her American constituents, Ilhan Omar continues to thumb her nose at every tradition that makes America great. The socialist lawmaker ignores the laws she swore to uphold in favor of Muslim “Sharia” rules. Omar also wants to regulate our industrial might back to the stone age conditions she had back home in Somalia. All of this is in the name of preventing global warming.

Of course, that’s going to take a lot of money. She expects us to shift all the money we uselessly spend now, on things like national defense, over to more vital equipment like methane sequestration tanks to capture cow farts. “When you see flooding happening in a country abroad,” Ilhan asserts, “you don’t think about, ‘How have I contributed to the climate warming that has led to these floodings and these catastrophes that are taking place abroad?”

Illegal immigration is all our fault, Omar told a liberal audience on Friday. “When you see a Somali refugee or an Iraqi refugee or a Libyan refugee… We don’t ever pause to think, ‘What American policy made them come over here?'” We should stop “militarizing our government” and spend the money on fighting the weather.

Another thing Omar spewed at the Howard University crowd was that in her opinion, “the problems caused by the American military should lead the country toward reimagining a vision of what our foreign policy should be.” It isn’t right to have “people who are using the weapons that are created in this country to take the lives of innocent children and women and men abroad.” While “collateral damage” is always a cost of war, the vast majority of those on the receiving end of all that firepower aren’t very innocent, they’re terrorists.

American jobs going to foreign countries isn’t a big deal to a Muslim like Omar because it means lost economic opportunities. To her, “it means people in countries such as Mexico will be subjected to the exploitative practices of American corporations.” That’s why she wants a foreign policy equivalent of the “Green New Deal.” Omar insists, “It’s important for me to think about what an overhaul of our foreign policy should look like from the standpoint of really thinking how it impacts those around the world and where our values intersect with what’s happening.”

Conservative Americans are anxiously awaiting the results of three different federal investigations into why and how she married her brother, while married to another man. There was some apparent hanky panky with some student loans and immigration documents. She paid her way out of the jam she was in from fudging her taxes to cover it up. Another thing that authorities are looking into was whether or not she used campaign money to pay for a gigolo. Stay tuned for the next exciting episode. 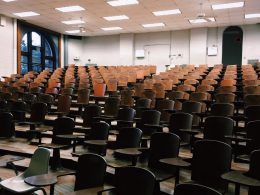