It’s been going on since our nation began. Government regularly refuses to acknowledge the military that fights for our freedom. If government acknowledged it, they’d need to pay in all types of ways. So it just doesn’t exist. A person might be able to see the spiral here. Gavel in the meeting so you can say it was done, then when a Republican brings up something Democrats don’t want to deal with, close the meeting.

Volunteer military is the backbone

Of our nation. If the people believe in their country, they’ll fight for it. It’s completely understandable that Gold Star families would walk out on Biden before he could speak with them. There’s no respect here. Biden wasn’t elected, he was installed.

Democrats aren’t going to allow a bill that might make them accountable for this, another good reason for them to just close the meeting. That bill was a symbolic move. Dems just don’t want to face the music.

How badly do Nancy Pelosi and the House Democrats want to cover up this Afghanistan debacle?

They just blocked Members of Congress from reading the names of the service members who sacrificed their lives in Afghanistan last week.

There was an attempt to read the names of the 13 service members killed in the suicide bomb attack. “We gaveled in, had a prayer, said the Pledge of Allegiance, took a moment of silence with pretty much all Republican veterans, then asked to be recognized to read names and bring up Afghanistan legislation. They did not acknowledge us and just closed the House down,” noted Florida Rep. Brian Mast, an Afghanistan veteran.

Rep. Debbie Dingell of Michigan slammed the door on simply reading the names of those service members killed. “How can you not read the names?” one member yelled. Another hollered, “Turn your back on our country”. Democrats don’t care about shame, Rep. Miller. Nice try.

Democrats just shut down the House Floor when Afghanistan veterans stood up to speak.

Our military does deserve better

Rep. Carlos Gimenez of Florida tweeted that question out. House Minority Leader Kevin McCarthy reminded Democrats that we’re still here, whether you like it or not.

“We had hoped to have an opportunity to be recognized to move a bill by veteran Mike Gallagher. It’s very simple what we’re requesting,” McCarthy said at a news conference, “What is the plan to bring Americans home safely? Not some, but every single American? Speaker Pelosi, now is not the time to act like you could not see us on the floor. Now is not the time to hide. We are a co-equal branch.”

An Ohio GOP Representative has announced his resignation, leaving an open seat available in a special election. Rep.…
byStaff Writer 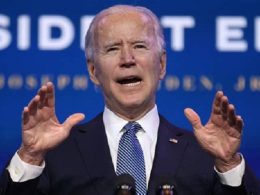