Meth addicts across America are going to be finding their suppliers dry for a long while to come. When they try to hook up, all they will hear are heavy rumors. “Try again tomorrow.” On Wednesday, the DEA announced a record breaking bust in Southern California as they “showed off a small mountain of drugs,” reports note. They raided a huge supply depot and carried away “2,224 pounds of meth” imported by the Sinaloa Cartel. That happened on October 2. KTLA is calling it “the largest domestic meth seizure in Drug Enforcement Administration history.” While they were there, they also stumbled across “893 pounds of cocaine and 13 pounds of heroin.”

During a press conference held by Acting DEA Administrator Timothy Shea, he noted, “This is enough dope to provide a dose of meth for every man, women and child in the United States and Mexico.” Hot on the heels of that big bust, another major haul was made on Sunday, probably a replacement for the first seizure. Border patrol stopped a suspicious truck crossing the line at San Diego’s Otay Mesa. “On Sunday, October 11, the agency confirmed the haul: 3,014lb of meth, 64lb of heroin, 29lb of fentanyl powder and nearly 37lb of fentanyl pills.”

Methamphetamine isn’t the harmless recreational sort of drug, it ruins lives without mercy. As the DEA points out, “Study after study shows that where there is meth addiction, there is also an uptick in violent crime, including robberies, assaults and murders.” You won’t hear any of the talking heads on CNN saying a word about it.

The DEA has decided to crack down hard on crystal meth. The latest mega-seizures are the end result from “Operation Crystal Shield,” which has conducted numerous raids since February. The main target of enforcement agents are the “methamphetamine transportation hubs that include Atlanta, Dallas, El Paso, Houston, Los Angeles, New Orleans, Phoenix, and St. Louis.”

The operation has been hugely successful, building on prior accomplishments. “Together, these DEA Field Divisions accounted for more than 75 percent of methamphetamine seized in the U.S. in 2019,” they claimed when they announced the operation in February.

The record breaking bust announced at the recent press conference stems from an investigation of suspected stash houses. “The raids followed search warrants being served for two houses in Moreno Valley and Perris, east of Los Angeles in Riverside County.” DEA agents took photos of “the evidence amassed during the raids, stacked high against a truck.” LA is infamous as a “hub for drug trafficking.” They can “break the drug loads down and do distribution throughout the country,” Bill Bodner, special agent in charge of the DEA’s LA Field Division, notes.

Democrat City Launches Program to Pay Women $1,000 Per Month... If They're Black

Only a few years ago the city of Portland, Oregon had a reputation as the premier left wing…
byStaff Writer 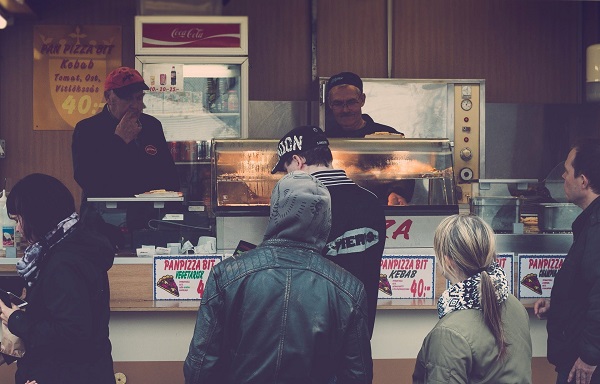 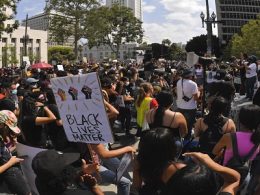