Devastating flooding north of Nashville, Tennessee has left dozens of people dead or missing. The damage was concentrated in Waverly, seat of Humphreys County. At least twenty people are confirmed to have died in the flooding and a number are still missing, though that total has been reduced as individuals have regained contact. The rainfall is potentially record breaking for Tennessee and was far higher than predicted.

The area was described as looking like it had been hit by a hurricane, a completely unexpected result for a region which had expected only an intense storm.

Locals described waking up to discover that water was rapidly rising in their homes and making quick escapes before their houses collapsed.

Fire chief Grant Gillespie stated that federal assistance would likely be needed to help the area recover from the massive damage to infrastructure and public buildings.

President Joe Biden has indeed promised to aid Tennessee and other states affected by severe flooding over the weekend.

Statewide efforts are already underway to assist in rescue operations, including a deployment of the Tennessee National Guard equipped with a helicopter for difficult water rescues.

Civilians have been urged to avoid the flooded areas, where rescue efforts continue to locate those still on the list of missing people.

The flash flooding is some of the worst ever seen in the area and will likely be confirmed as a record for rainfall in Tennessee once the numbers become official.

Emergency responders were initially unable to help many people as flood waters rendered roads impassable and  brought down phone lines.

Some locals were forced to break through the roofs of their houses in an effort to escape from rising waters which trapped them.

A large percentage of the dead and missing individuals are reported to have been children and elderly people who were unable to make it to safety.

Fortunately the forecast for the area indicates little rainfall for the coming week and Tennessee will have enough dry days to complete rescues and begin to recover.

Thousands of homes in Humphreys County are still without power, though most of the region which lost power during the storm has since regained it. 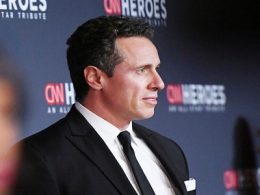