U.S. defense officials say they are worried about an insider attack or other threat from service members involved in securing Democrat Joe Biden’s inauguration. That concern is prompting the FBI to vet all 25,000 National Guard troops coming into Washington for the event.

The massive undertaking reflects the extraordinary security concerns that have gripped Washington following the deadly Jan. 6 riot at the U.S. Capitol by pro-Trump rioters.

And it underscores Democrat fears that some of the very people assigned to protect the city over the next several days could present a threat to the incoming president and other VIPs in attendance.

Democrat Rep. Steve Cohen (TN) on Monday suggested that white male service members could be a threat, based on his claim that most white men did not vote for Joe Biden.

CNN anchor Jim Scuitto asked Cohen about current and former members of the military and law enforcement who took part in a riot at the Capitol on January 6 and asked if he was concerned about an “insider threat” from members of the National Guard assigned to protect the Capitol during the inauguration of Biden this week.

Cohen responded 75 percent of the Guard protecting the Capitol “are in the class that would be the large class of folks who might want to do something.”

According to a transcript, Cohen said:

“I was reading about this on my Twitter account, I guess, and people were reminding people of Anwar Sadat and Indira Gandhi who were killed by their own people. I was thinking, the guard is 90 some odd percent, I believe, male.”

“Only about 20 percent of white males voted for Biden. You have got to figure that the guard, which is predominantly more conservative and I see that on my social media, and we know it, they are probably 25 percent of the people that are there protecting us who voted for Biden.”

“The other 75 percent are in the class that would be the large class of folks who might want to do something. And there were military people and police who took an oath to defend the Constitution and to protect and defend, who didn’t do it who were in the insurrection. So it does concern me.”

This is wrong on so many levels. https://t.co/SP1fuKSqWv

Scuitto pushed back against the notion that voting for Trump automatically makes one an inside threat. He said, “to have voted for Trump does not make you an insider, I mean, that is far different from being a threat of violence inside, whether the National Guard or law enforcement.”

When he asked Cohen if he had any evidence to suggest that kind of broad insider threat, Cohen responded, “Actually not, Jim. But you draw a circle of people who work for Trump and not for Biden as far as people who would be within the zone of folks who you would be suspect of. The suspect group is large.”

According to a New York Times exit poll, 38 percent of white men voted for Biden — far higher than the 25 percent that Cohen claimed. Republicans blasted Cohen for his baseless speculation.

Rep. Mike Waltz (R-FL), a Green Beret and National Guard lieutenant colonel, tweeted: “This is wrong on so many levels.”

Some on Twitter pointed out that Cohen is ironically the chairman of the Judiciary Subcommittee on the Constitution, civil rights, and civil liberties. Democrat lawmakers should be celebrating their landslide election victory, but instead they’re hiding, scared of their own citizens and the military entrusted to protect them.

You know who’s NOT afraid of his own military??? President Donald J. Trump. 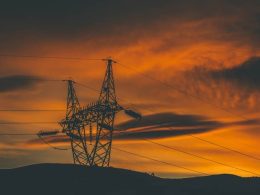 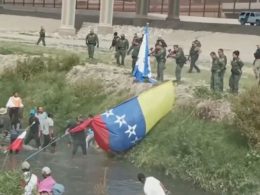 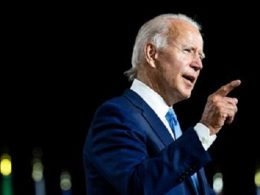 Democrats Are DESPERATE…Using These SCARE Tactics

Republicans have been telling the nation what they’ll be doing after November. Democrats are trying to scare you…
byPatti Walbridge