On Friday, The U.S. Department of State issued not just a press release, but an “important press announcement.” Uncle Sam is determined to put Hizballah out of business and they want your help. The federal government is offering some serious money for any information that will help “disrupt” their funding.

The State Department under the direction of Mike Pompeo announced on Friday that there is $10 million on the table just waiting to be paid out to anyone with information “leading to the disruption of the financial mechanisms of the global terrorist organization Lebanese Hizballah.” What they’re looking for is anything which will help them crack the “activities, networks, and associates of Hizballah that form a part of its financial support.”

The Rewards for Justice program is administered by the Diplomatic Security Service branch of the State department. They are especially interested in anything which will help get them closer to three particular bigwigs. Muhammad Qasir, Ali Qasir, and Muhammad Qasim al-Bazzal are known Hizballah “financiers and facilitators.”

According to the State Department reward offer, Muhammad Qasir “is a critical link” between Hizballah and Iran. The Ayatollah uses Hizballah as mercenary forces. All the money comes straight from Iran’s Islamic Revolutionary Guard Corps, known as the Qods Force (IRGC-QF). Qasir and his cohorts “oversee several front companies to hide the IRGC-QF’s role in selling crude oil, condensate, and gas oil.” That way, they can get around our sanctions. Another of Qasir’s duties is shipping weapons and stolen technology from Syria to Lebanon.

Muhammad Qasim al-Bazzal is co-founder of one of the key front companies funneling money back to Iran. The State Department pieced together that Syria-based Talaqi Group and “other terrorist financing enterprises, such as Hokoul S.A.L. Offshore and Nagham Al Hayat,” fund, “coordinate and obscure various illicit IRGC-QF-linked oil shipments.” Under Al-Bazzal, Talaqi Group runs a partnership “with Lebanon-based ALUMIX for aluminum shipments to Iran.”

The third key target of the State Department, Ali Qasir, is the managing director of Talaqi Group. He’s the one who “assigns maritime vessels to deliver shipments for the terrorist network based on the IRGC-QF’s guidance.”

He personally negotiates prices and “collaborated to cover expenses and to facilitate an Iranian oil shipment by the Adrian Darya 1 for the benefit of the IRGC-QF.” He also represents Lebanon-based Hokoul, “in negotiations over its supply of Iranian crude to Syria.” While his co-conspirator handles aluminum, “Ali Qasir has worked with others to use the Talaqi Group to facilitate the sale of tens of millions of dollars’ worth of steel.”

The Department of State already declared all three of the men as “Specially Designated Global Terrorists.” That means American citizens aren’t allowed to do business with them and any property or interests they have anywhere in U.S. Jurisdiction can be grabbed. 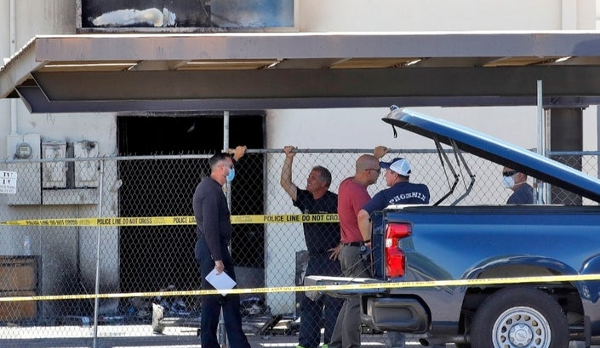 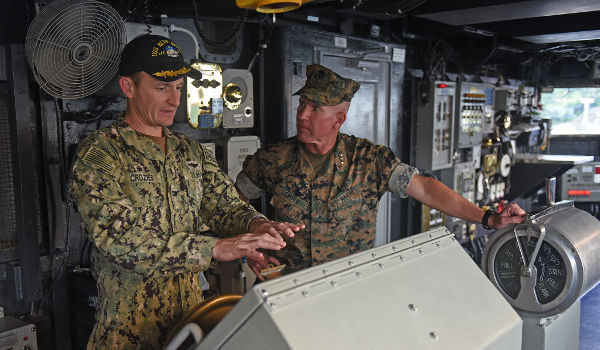