Nick Cannon’s twenty-year run with the ViacomCBS network was coldly terminated after he spewed racist propaganda across the airwaves. Calling white people “animals” and “savages” on his popular podcast is something that media executives frown on and got him sh*t canned.

The network honchos yanked the rug out from under Nick Cannon’s career so fast that the liberal contributor is still doing cartwheels. Cannon “honestly can’t believe that Viacom” would “make such a divisive decision in the midst of protests and civil uprising within our current pandemic.” He has no clue he said anything wrong.

An episode of his ego stroking podcast “Cannon’s Class” went viral after he sat down with Professor Griff formerly a member of “Public Enemy.” Calling white people animals and savages was only part of what got the network mad enough to fire him. “The people that don’t have melanin” aren’t as good. The way Cannon puts it, “The people that don’t have melanin are a little less. They may not have had the compassion when they were sent to the mountains of Caucasus when they didn’t have the power of the sun.” Apparently he believes black people are solar powered.

Because white people are “acting out of a deficiency,” the “only way that they can act is evil.” Cannon is convinced white people are compelled “to rob, steal, rape, kill in order to survive.” The “non-melanated” people he believes, “had to be savages. They had to be barbaric because they’re in these Nordic mountains. They’re acting as animals so they’re the ones that are actually closer to animals. They’re the ones that are actually the true savages.” The network decided to act just as barbaric.

Time to terminate the relationship

While the number crunchers over at the ViacomCBS network watched the view count spike on Cannon’s podcast, then found out it was because of the way he spectacularly stuck his foot in his mouth up to the thigh, they promptly terminated him by issuing a statement.

The network which swallowed CBS and absorbed it under the Viacom umbrella along with MTV, VH1, BET and more “released a statement confirming they had decided to terminate their very long relationship with him.”

“ViacomCBS condemns bigotry of any kind and we categorically denounce all forms of anti-Semitism.” The network claims they “spoke with Nick Cannon about an episode of his podcast ‘Cannon’s Class’ on YouTube, which promoted hateful speech and spread anti-Semitic conspiracy theories.” They “are deeply troubled,” and “are terminating our relationship with him.”

Needless to say, Nick Cannon is astonished to find himself on the unemployment line. He thinks he has leverage over the network so he’s moving along to extortion. He demands that ViacomCBS “give him the right” to his profitable and long-running comedy series. “I demand full ownership of my billion dollar ‘Wild ‘N Out’ brand that I created, and they will continue to misuse and destroy without my leadership!” He probably won’t get it. 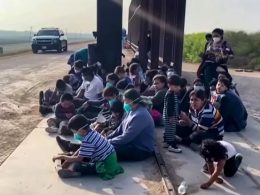 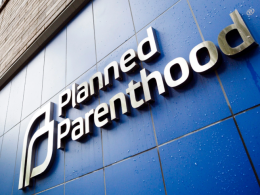