Facts were concealed in an “organized effort by representatives of the intelligence community.” The “relentless exercise of influence” on Twitter and other platforms was focused like a laser to “discredit leaked information about Hunter Biden before and after it was published.” The FBI sure looks like they rigged the election.

Facts were covered up, concealed and spun left which almost certainly would have had an influence on the outcome of the 2020 presidential election. How much influence is something we’ll probably never know. The amount isn’t the important part because any influence is WRONG. Laws don’t matter anymore so we’re down to the basics.

Right or wrong, true or false, good or evil. Error can be corrected. Covering truth up and helping to spread lies in its place is work of the devil, no matter which God you pray at, or not. Independent journalist Michael Shellenberger gets credit for batch number 7 of the long awaited “Twitter Files.”

On Monday, December 19, the latest file drop delved into all the sordid details. The FBI hid and distorted the facts, then social media covered them up as “misinformation.”

The FBI & the Hunter Biden Laptop

How the FBI & intelligence community discredited factual information about Hunter Biden’s foreign business dealings both after and *before* The New York Post revealed the contents of his laptop on October 14, 2020

The FBI and intelligence community “discredited factual information about Hunter Biden’s foreign business dealings.” Dealings which involved Dad. “We have discovered new info that points to an organized effort by the intel community to influence Twitter & other platforms.”

Shellenberger disclosed evidence “pointing to an organized effort by representatives of the intelligence community, aimed at senior executives at news and social media companies, to discredit leaked information about Hunter Biden before and after it was published.” Facts have nothing to do with politics or news.

“The story begins in December 2019 when a Delaware computer store owner named John Paul (J.P.) Mac Isaac contacts the FBI about a laptop that Hunter Biden had left with him On Dec 9, 2019.” They gave him a receipt. The “FBI issues a subpoena for, and takes, Hunter Biden’s laptop.” They still have it but haven’t investigated it.

Facts which the media aren’t telling you include the amount of money that was at stake. It wasn’t a couple bucks here and there. “It’s important to understand that Hunter Biden earned *tens of millions* of dollars in contracts with foreign businesses, including ones linked to China’s government, for which Hunter offered no real work.”

He was paid simply for being the crackhead playboy he was, who happened to have access to Joe Biden’s meeting calendar.

They had the laptop in December, then spent the whole year leading up to the election, hiding facts about a candidate’s criminal activities. While seemingly manufacturing non-existent crimes for Donald Trump and ways to discredit him from ever attempting to make America great ever again.

Instead of chasing child sex predators or terrorists, the FBI has agents — lots of them — analyzing and mass-flagging social media posts. Not as part of any criminal investigation, but as a permanent, end-in-itself surveillance operation. People should not be okay with this.

“During all of 2020, the FBI and other law enforcement agencies repeatedly primed Yoel Roth to dismiss reports of Hunter Biden’s laptop as a Russian ‘hack and leak‘ operation.” It wasn’t hacked or leaked.

Hillary Clinton “fixer” Jim Baker ended up embedded like a mole inside Twitter HQ. He’s the one who came up with the brilliant idea to censor anything Biden related to a violation of “hacked materials” policies.

Facts don’t matter to the 80 FBI agents who had inside access to the censorship team, pre-flagging accounts for shadow banning and removal. Baker got to go through the first batch of Twitter files and “sanitize” them before Elon Musk even knew he was on the payroll. He’s not anymore. 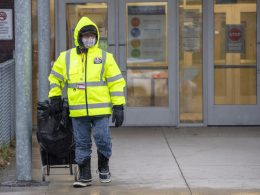 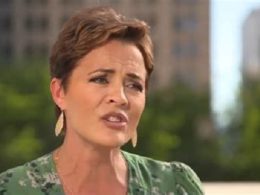 How long does it take to count votes, at least in Maricopa County? Florida got the job done…
byPatti Walbridge 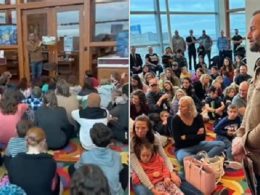