He already admitted to the fraud in the 2020 election but he won’t touch it again. Special Counsel Michael Gableman found a lot, enough to take another look. Speaker Robin Vos contradicted himself in the same video. He met with their lawyers to “hear their point of view”. There’s a strong resolution making its way through the State Assembly that calls to decertify. Can the Speaker gag the resolution when it comes up?

Vos says he can’t do it

Trump knows Vos can actually do it and he said so. He spoke at his Save America PAC Thursday.

“Speaker Robin Vos, of the Great State of Wisconsin, just said there was ‘widespread fraud’ in the 2020 Presidential Election, but that the State Legislature cannot do anything about it. Wrong! There is already a very powerful resolution in the Wisconsin State Assembly that calls for the decertification of the 2020 Election and reclaiming of Wisconsin’s 10 electoral votes. The highly respected Special Counsel, Michael Gableman, has exposed so much already, including election bribery with Mark Zuckerberg’s $8.8 million, horrific fraud stealing votes from the elderly in nursing homes, and rampant ballot harvesting and phantom votes. Far more votes than is needed for the Republican candidate, me, to win.”

Following the meeting, RINO Robin Vos believes the fraud in Wisconsin was widespread but says the Legislature can't decertify

The Special Counsel presented a 136 page report revealing the evidence and asked the Speaker to decertify. Among other things, there was 100% participation in nursing homes. That never happens.

Mark Zuckerberg had a hand in the election. It was proven that where he supported a nursing home, everybody participated.

Vos is a RINO

Once Wisconsin decertifies, Trump believes the remaining states under pressure will likely do the same thing. The dominoes will fall.

Fellow Democrats started attacking Vos for even mentioning the fraud. Proponents were not allowed to stay in the meeting.

Democrat Rep. Lisa Subeck thought he wanted it both ways, “While he acknowledges there is no legal grounds for decertification, Vos perpetuates the Big Lie by not putting an immediate end to Gableman’s sham of an investigation and by holding meetings with conspiracy theorists who refuse to accept that Joe Biden is our president and won Wisconsin fair and square.”

Democratic Rep. Mark Spreitzer thought there would be a lack of confidence in elections because of this. “He should be clear about whether or not he would pursue decertification if it was legal.”

Not if he’s speaking out of both sides of his mouth. Republican Tim Ramthun was among the proponents that either weren’t invited or were asked to leave. The press wasn’t allowed in either.

Ramthun said, “This is what I’ve been dealing with now for 17 months. Obstruction on top of obstruction to do the right thing.” He thought the reporters should be allowed in there. He continued, “I’m not a conspiracy theorist. I’m focused on truth. And I need closure for myself and for my state and for my nation. This is a question about our republic. I think there’s people in that room that were involved that don’t want to see closure on this as why they’ve been obstructing all along.”

The top priority when the Republicans win back control is to impeach Biden. The President hasn’t enforced our…
byPatti Walbridge 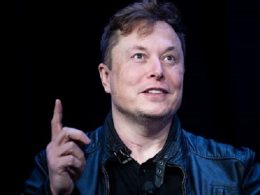 The Twitter founder, Jack Dorsey, is no longer the main shareholder with his 2.25%. Elon Musk now has…
byPatti Walbridge