Private individuals will pick up that which needs to be done when government can’t or won’t act. It’s happened before. Anybody remember the wall on our southern border? Only in this case, incredibly, the government is against its own citizens flying out to safety. There’s was at least one faith based organization working on this – until the embarrassed Biden administration blocked them from leaving.

Biden was installed, not elected

Biden supporters, are you happy with him for doing this? Fox News spoke with the owner of one of the rescue groups. “Rick Clay, who runs the private rescue group PlanB, told Fox News that the State Department is the only thing preventing the flights he’s organizing from leaving Afghanistan. Two other American individuals separately involved in evacuation efforts, whom Fox News is not naming to avoid jeopardizing ongoing rescue efforts, similarly said that the State Department is the sole entity preventing their charter flights from leaving Afghanistan.”

An unidentified person spoke their mind as well. “All it takes is a f***ing phone call.” That individual continued. “If one life is lost as a result of this, the blood is on the White House’s hands. The blood is on their hands. It is not the Taliban that is holding this up – as much as it sickens me to say that – it is the United States government.”

Newly released satellite images show six commercial airplanes at Mazar-i-Sharif airport in northern Afghanistan that are not being allowed to depart by the Taliban. American citizens and Afghan interpreters are reportedly waiting to board the flights. 📸: @Maxar pic.twitter.com/Ov7kB3z5VP

That’s at least one reason. Clay’s manifest had 4,500 people. There were United States citizens, green card holders and Special Immigration Visas. The State Department has received 800 of those trying to fly out of Afghanistan.

An individual from another evacuation effort – there are several – mentioned that the Taliban had cleared their flight to take off contingent on whether the Biden administration okayed it. That okay was deflected. There’s confusion here. Den Crenshaw tweeted, “The State is telling them to just ask”.

America: right now there is a private effort to get a plane of US citizens and allies out of Afghanistan. They need @SecBlinken to help get clearance to land in a nearby country.

Their response: “just tell them to ask.”

Biden should not be in the White House

If you don’t care for your citizens, you don’t belong in that chair. The report:

After making little to no progress with the State Department, Clay’s group turned to senators from both parties: Sens. Tom Cotton, R-Ark., Richard Blumenthal, D-Conn., and Ron Johnson, R-Wis., have all sought to help PlanB and other organizations secure the approval they need to get the evacuees safely out of Afghanistan, organizers and Senate staffers told Fox News. Clay received word on Thursday that their flights out of Afghanistan would eventually receive approval following the State Department’s review of their manifest — a task that could take several days even as just the initial 800 names are subjected to the vetting process.

It’s Biden holding up the works

Rep. Michael McCall of TX said six flights were being held in Afghanistan. Secretary Blinken isn’t giving them clearance to land in another country.

David Lippman at Politico tweeted a satellite image showing six planes on the ground, blaming the hold up on the Taliban. “Newly released satellite images show six commercial airplanes at Mazar-i-Sharif airport in northern Afghanistan that are not being allowed to depart by the Taliban. American citizens and Afghan interpreters are reportedly waiting to board the flights.” 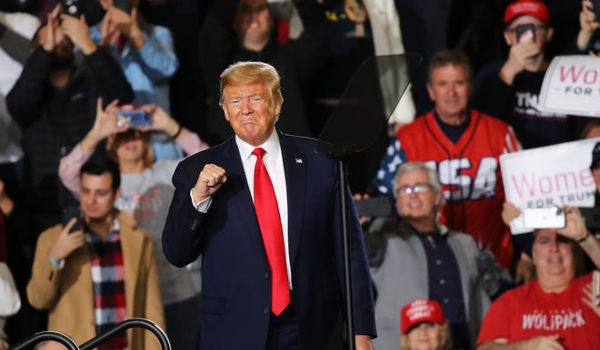