So. Much. Fraud. Postal service workers are involved. This USPS contract truck driver witnessed things he knew were wrong so he came forward. Sidney mentioned ballots were coming up from Mexico as well as across state lines. The announcement that Jesse Morgan witnessed between 144,000-288,000 ballots being transported across state lines October 21 only adds to the “fire hose” of fraud.

The Amistad Project presented this announcement

This project has many sworn declarations in several states. Over 300,000 ballots are a problem in Arizona, Michigan, Georgia and Pennsylvania. Jesse Morgan needs protection. Any postal worker that is willing to be a whistle blower needs protection.

The announcement included information on possibly hundreds of thousands of completed absentee ballots being moved between states. One vehicle filled with ballots disappeared in Pennsylvania.

Attorney Phil Kline noted, “130,000 to 280,000 completed ballots for the 2020 general election were shipped from Bethpage, NY, to Lancaster, PA, where those ballots and the trailer in which they were shipped disappeared.”

He testified that, “In total I saw 24 gaylords, or large cardboard containers of ballots, loaded into my trailer. These gaylords contained plastic trays, I call them totes or trays of ballots stacked on top of each other. All the envelopes were the same size. I saw the envelopes had return addresses… They were complete ballots.”

When he was told to leave after sitting in Harrisburg for hours he wasn’t given the option for overtime pay. Postal employees knew what was going on.

At least one truck driver offered more clues to help with this enormous case. A reader named Brian said, “I am a professional driver, and all companies have onboard computers in the trucks. They record miles, location, departure, and arrival times. This electronic log book will be a valuable resource to verify any movement of illegal ballots.”

This announcement among so many others are proof that this is bigger than Trump. He knows this. If he loses fair and square, he’ll step down. But he’s worried about the United States. Without the rule of law, anything goes. And anything will go, including things even liberals won’t like. 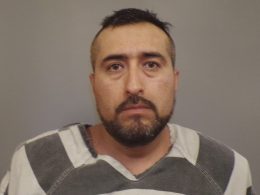 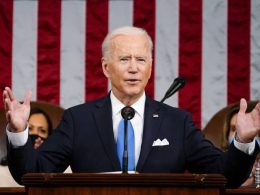 In a viral moment that had conservatives laughing for hours, a video clip from after Joe Biden’s inauguration…
byStaff Writer