You can’t call them “news” anymore, screaming at Musk for buying Twitter. He isn’t afraid to publicly and brutally point out that they’re throwing stones at glass houses. The media’s motives are clear, there’s an online narrative to control. Anybody who threatens that needs to be destroyed. In this case, Mehdi Hasan at MSNBC lost it on air, howling that the sky was falling, that democracy as we know it is gone.

The name calling against anything conservative or Republican continues. They’re all Nazis, racists and white supremacists.

The corporate media’s collective hair is on fire, hysterical over the possibility of Musk helping to bring back Trump. Conservative speech has power.

NBC’s @mehdirhasan on @elonmusk: "If [the “neo-Nazi faction" of the GOP expands in Nov.], we may look back on this .. as a pivotal moment, when a petulant & not-so-bright billionaire casually bought one of the most influential messaging machines & just handed it to the far-right” pic.twitter.com/bIpiIlFlwR

We’ve been down this road before. Hassan cried,

“It’s easy in American discourse to talk simplistically about the far-left and the far-right as two equally dangerously fringe blocs. Elon Musk has done it plenty of times just in the past week. But here’s the difference. America’s far-left wants to give us free health care and free childcare. America’s far-right wants to give us white supremacy and no democracy. And this asymmetrical polarization of U.S. politics would be laughable if it went so horrifying. We’re living through an unspeakably dangerous moment, the pro-QAnon, pro neo-Nazi faction of the Republican Party is poised to expand dramatically, come the midterms. We’re just two years away from Donald Trump, very possibly re-seizing executive power. If that happens, we may look back on this past week as a pivotal moment. When a petulant and not so bright billionaire casually bought one of the world’s most influential messaging machines and just handed it to the far-right.”

The rant was so ridiculous it caught Musk’s attention. His response was short, simple and blew up Hasan while at the same time pointing out MSNBC’s huge lack of credibility.

The media has no credibility

Musk tweeted out the obvious, “NBC basically saying Republicans are Nazis.” He followed up with a scathing tweet that should have sent both Hasan and at least MSNBC back under the rock they came from, “Same org that covered up Hunter Biden laptop story, had Harvey Weinstein story early & killed it & built Matt Lauer his rape office. Lovely people.”

MSNBC is responsible for a lot of things that should never have happened. They censored information on Hunter Biden’s laptop. This could have swayed the 2020 election. Harvey Weinstein was a Democrat donor and sexual predator, that story was spiked. Finally, Matt Lauer had a secret door lock to trap his female victims.

Where is their “client” list? Shouldn’t at least one of them go down!?

The media doesn’t want us to know about. Twitter shut down the account of the Maxwell Trial Tracker. This followed the trial of Ghislaine Maxwell. The account was eliminated when it started to gain traction.

The “journalists” in corporate media don’t want to touch Musk’s question of “Where is their ‘client’ list? Shouldn’t at least one of them go down!?” Musk can and will hit you below the belt. There are three people who are happy to be at the top of the media’s enemy list: President Donald Trump, FL Governor Ron DeSantis and now Elon Musk.

Over the last few days, in addition to Governor DeSantis, Virginia Governor Glenn Youngkin has been getting a…
byAnthony Smith 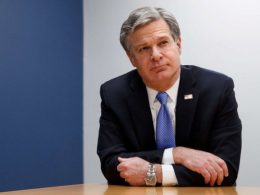 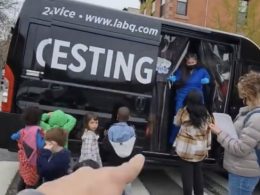