San Francisco Archbishop Salvatore Cordileone has argued that Catholic politicians who support abortion should be denied communion. Both President Joe Biden and Speaker Nancy Pelosi are self-identified Catholics who have portrayed themselves as actively practicing the faith. Pelosi lives within the Archdiocese of San Francisco and is in direct opposition to Archbishop Codileone as a leading proponent of abortion nationally.

The Catholic Church in America was presented with an unavoidable question when Joe Biden took office as the second Catholic President of the United States.

As a supporter of abortion and gay marriage Biden is openly opposed to church doctrines while still claiming to be a devout Catholic publicly.

Bishops have been divided in their responses to the question of whether or not Biden and other Democrats should be denied communion for political stances which contradict the church.

Archbishop Cordileone has not been hesitant about making his own thoughts on the subject known. This is not the first time the San Francisco Archbishop has stepped into a political controversy.

Cordileone rejected arguments made by other bishops who have claimed that politicians should not be denied the Eucharist due to their stances on individual issues.

This has been the stance adopted by Cardinal Wilton Gregory of Washington D.C., who has stated that he will not be denying communion to Biden.

Archbishop Cordileone argues that abortion, far from being a single political issue, is a fundamental contradiction to what the Catholic Church preaches.

His argument is that the denial of communion should be used as a tool to remind Biden, Pelosi, and other Catholic Democrats that they are acting contrary to the faith they profess.

A decision to deny communion to abortion supporting political leaders would in theory force them to choose between their party and their church.

Given that Biden and Pelosi already support causes which contradict Catholic doctrine it seems unlikely that they would hesitate to choose their party if presented with a choice.

If Archbishop Cordileone is unlikely to convince them to fall in line then he could at least expose their lack of serious commitment to their supposed religious beliefs.

If a decision to deny the Eucharist to supporters of abortion achieves nothing else, it would at least ensure that these politicians can no longer use the Catholic Church as a prop to win elections.

In what many people are calling one of the biggest moments of the debate, President Trump pushed Joe…
byAnastasia Boushee 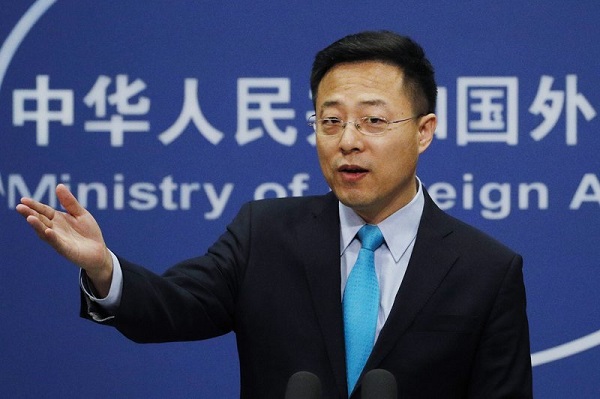 President Joe Biden, who is only the second Catholic president of the United States, says he’s leaning on…
byChristopher Dorsano

New York Rep. Alexandria Ocasio-Cortez, also know as AOC, is one of the most hated people in politics.…
byChristopher Dorsano