United States embassies and other diplomatic posts are being encouraged to fly Black Lives Matter banners alongside the US flag according to a leaked directive from the state department. In the directive, apparently intended to commemorate the anniversary of the death of George Floyd, the State Department also encourages foreign posts to use the term “black lives matter” in speeches or diplomatic engagements.

BLM flag to fly at embassies

The directive specifies that embassies and posts are not technically required to fly a BLM flag, only allowed and strongly encouraged to do so at any time of the year.

A surface level reading of the directive is bad enough in that it allows for the flying of BLM flags alongside the US flag at embassies which formally represent the United States in foreign lands.

Beyond the matter of the flag, however, the directive effectively depicts the agenda of BLM as official United States Government policy and doctrine.

The directive is effectively stating that the Biden Administration assigns the same importance to George Floyd that it assigns to POW/MIA causes.

This is accompanied by suggestions that foreign posts denounce racism in the United States and take the opportunity to supposed human rights violations in America targeting various minority groups.

The flag directive seems to represent part of a much broader push by the State Department to insert BLM related talking points and causes into American foreign policy initiatives.

Beyond just representing a formal adoption of BLM and their flag by the United States Government, the directive is a manifesto signaling the start of a major campaign to bring the black lives matter cause to other nations around the world.

The implications of this becoming an international priority for the Biden Administration should be troubling to both Americans and to citizens of other nations.

This domestic group and their ideology is being formally exported to other countries with the full backing of the United States Government, along with lectures to foreigners on the importance of following the example of the Biden Administration.

This talk of employing BLM to secure “human rights” abroad should be very frightening to those countries which are given special attention by the State Department.

Libya remembers very vividly the last time Joe Biden and his associates decided to intervene to protect human rights in their country.

This flag directive is clearly far more than just more pandering to BLM. This is what the early stages of saber rattling and war mongering look like in the Biden era. The whole world should be concerned about this new liberal imperialism coming from the White House. 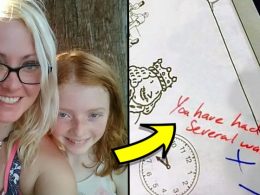