And right they should be. You are outnumbered. Words matter and Trump supporters have had about enough. Ms. Waters assumes both Trump and his supporters will behave in a particular way. Maxine, you’ve been in politics for too long.  On MSNBC’s “The ReidOut”, Representative Maxine Waters thought President Trump would have his supporters attack “whatever entity” that doesn’t agree with him.

And he’s said it repeatedly. But that doesn’t matter. Ms. Waters and Joy Reid discussed the deadly riot.

“We know that Dr. King’s real birthday on the 15th is coming, the official birthday on the 18th. There have been stories and news reports out there that the 17th is being targeted as another day for Trump forces to rally all over the country, that the 19th is being named. Obviously, now you have the inauguration in which the Clintons, the Obamas, the Bidens, all will be there, the Obamas will be there, you know? I’m nervous about that calendar. Are you confident that after watching the Capitol get sieged that the Capitol Police, the Secret Service, and other federal law enforcement are ready for the inauguration? Do you think it will be secure?”

Maxine and other Democrats are worried. “No, I’m not confident, based on what we’ve just experienced. We need to do a deep investigation about how this happened and who’s complicit in all of this. But I want to tell you not only am I not confident about the times that you are identifying that possibly we could have real problems. I do believe that the president of the United States, Trump, has organized and worked in a way that even after he’s not serving as the president, that he believes that he’s going to have control over significant population in this country that he can use to basically rule.”

Trump will go by the law

Because he knows without it we don’t have a nation. He will exercise his powers as he sees the need in order to keep the United States intact. Maxine Waters continued, “To basically confront whatever entity he’d like to confront that’s not agreeing with him, turn them on to other groups, et cetera. I think that he intends to exercise power even past his presidency. So, whether you’re talking about a group of particular dates where we may have trouble, and I also think that, you know, when they talk about the 17th, and they talk about the 20th, that’s some of our state legislative offices are also targeted, and they may have an operation that’s going on all over the country at one time where they are being attacked. I think we’re in very dangerous times in the history of this country.”

The investigations she wants won’t get the job done. Nothing ever comes of them, it’s just another way to blow taxpayer dollars. Reid compared the situation to Iraq. “What that sounds like is an insurgency, and we’ve seen that in places like Iraq, and that’s a frightening prospect that we might be seeing here.”

Trump supporters are going to be peaceful

Unless attacked. Then it’s self defense. It’s ANTIFA and BLM that have attacked and destroyed cities across America.

There’s a big difference between being a “ruler” and a “leader”, Ms. Waters. Trump leads. He was elected to get a job done, not to be liked.

Maxine went as far as to assume black people who voted for Trump don’t care about other black people. In November 2020 she said, “For those black young men who think somehow they can align themselves with Trump, not only are they terribly mistaken. I will never, ever forgive them for undermining the possibility to help their own people and their own communities,”

The Department of Justice has officially been weaponized against Donald Trump. Reports are now breaking that there is…
byAnthony Smith 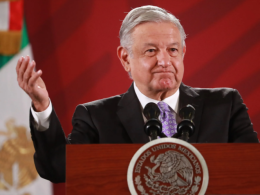