We already knew Biden’s claim of “unity” was only words. “Unity” in their mind is “you agree with us. An opposing opinion is not allowed”. This is common when Dems are in control. This resolution may help bail out those Democrat run states that allowed rioting to tear them apart. The Senate was evenly divided so Kamala cast the tie breaking vote. How many RINOs went along to avoid losing their status?

Dems want so much more

Like Biden’s eyebrow-raising 40 executive orders straight out the gate, this is just a start. Divert millions from taxpayers to their pet projects and buddies. Something called a “vote-a-rama” was used after overnight hours of voting on amendments.

This allows Dems to start working on that coronavirus relief bill that can likely just be passed with a simple majority. It will go around the 60 vote threshold needed to end a filibuster.

There’s no reason to not use them again. The House has to pass the same version before the final package can be written. The vote may come Friday.

This is a budget resolution that gives the authority to write the enormous $1.9 trillion package to provide coronavirus relief. The $1,400 stimulus checks and extra unemployment aid should be included.

But words mean nothing. Senate Majority Leader Chuck Schumer positively beamed, “I am so thankful that our caucus stayed together in unity. We had no choice given the problems facing America and the desire to move forward. And we have moved forward. Many bipartisan amendments were adopted, so this was a bipartisan activity.”

Dems have already destroyed the Keystone XL pipeline, thousands of jobs without a replacement. It’s just a start. Schumer continued, “We cannot underscore enough how much help America needs during this awful crisis and we cannot miss the point that we still have a long way to go. This was a giant first step … to bring America back, to overcome this horrible crisis and then move America forward.” 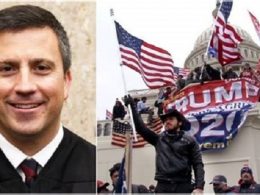 Twitter has banned a large account dedicated to tracking the ongoing trial of Ghislaine Maxwell, the companion and…
byStaff Writer 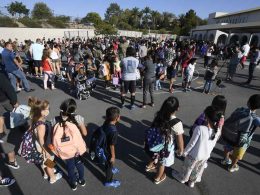