President Donald Trump jumped through some legal hoops in order to allow Iraq War hero Alwyn Cashe to be awarded the Medal of Honor.

The president has signed legislation to waive the normal five-year time limit for awarding the Medal of Honor, ending the 15 year quest of his family and supporters who have been lobbying the government to honor Cashe with the nation’s highest military award.

Cashe was already honored with a Silver Star for his heroism, but many believed that it was not enough for his extraordinary selflessness and sacrifice.

Officials within the Department of Defense, who have already indicated their support for the award, will now have to officially nominate Cashe for the process to move forward.

Cashe, an Army sergeant first class, died in November of 2005 after attempting to save his men from a burning Bradley Fighting Vehicle after an ambush in Daliaya, Iraq one month earlier.

During the rescue attempt, Cashe suffered second and third degree burns over almost 75 percent of his body. According to witnesses, despite the heat and flames burning his uniform and body armor off of him, Cashe ignored the pain and continued to pull his men out of the fire.

At the time when the Silver Star was awarded, Army officials said that Cashe’s actions did not merit the Medal of Honor due to the fact that they did not take place during active combat, despite the fact that the vehicle fire was caused by a roadside bomb.

Follow-up investigations later discovered that the original reports of the incident left out enemy gunfire around Cashe during his rescue attempts.

Representative Murphy made a statement about the legislation, calling the move long-overdue justice. “Now that we have enacted bipartisan legislation to remove the only obstacle standing in the way of Alwyn receiving the Medal of Honor, which the Department of Defense has already concluded he earned, I hope the President will move swiftly to announce the award,” she said.

“The story of Alwyn’s heroism has inspired so many people and I cannot wait for the day that his family will receive the nation’s highest award for combat valor on his behalf,” Murphy continued.

According to reporting by the Military Times, “Cashe will become the first African American to receive the award for actions in the most recent wars. Critics have questioned whether discrimination has played a role in military officials’ handling of Cashe’s case.”

Kasinal White, Cashe’s sister, said in a press conference earlier this fall that she did not believe her brother’s race played a role in the decision. “I feel the right information did not get back in time. I think given what (Army officials) knew at the time, they did the best they could,” she said.

White also added that she was ready to see her brother “get the medal he deserves.”

Information has not been released by White House or Pentagon officials as to when the formal ceremony awarding the Medal of Honor to Cashe will be held. 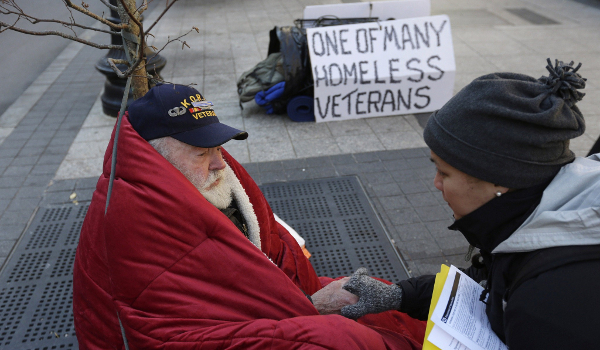 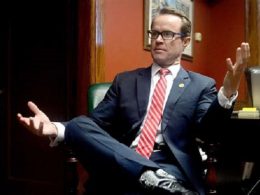