Catching your spouse getting a little too frisky with a co-worker can be upsetting, but when Armando Barron saw what was in his wife’s cell phone, he punished her and her lover with the same barbaric methods the Middle-Eastern goat humpers use. The forests of New Hampshire used to be peaceful. Anarchy in America has gotten so far out of control that the inhabitants are acting like barbarians from some third world country. Ever since Ghislaine Maxwell moved in, the whole state’s gone downhill.

The New Hampshire state police announced two arrests on Friday in what reports are calling a “gruesome case.” When 30-year-old Armando Barron of Jaffrey, New Hampshire started snooping through his wife’s cell phone, he got so enraged by what he found he went barbaric. After going through Britany Barron’s messages, he confronted the 31-year-old woman over what he found and proceeded to use her for a punching bag, beating her remorselessly. He spent the night pondering how to handle the boyfriend.

The following day, September 20, Barron used his wife’s phone to lure Jonathan Amerault, age 25, from his home in Keene, New Hampshire for a romantic rendezvous in a nearby state park. Things got barbaric when, as Britany told investigators, “her husband forced her to cut Amerault’s wrists when he was alive.” As he was bleeding out on the ground, Armando Barron shot him in the head, killing him. That’s when he ordered Brittany to chop off his head. “so that dental records could not be used to identify him.”

Two days later, the murderer was as lazy as he was barbaric and made Britany help him dig “a small gravel hole” at “a remote campsite in Coos County” to drop the head in and cover it back up. Right about then, state conservation officers stumbled on a bruised, beaten and terrorized Britany who quickly told the officers, “I am in big trouble.” They soon located “Amerault’s torso and head wrapped in tarps.”

After she got caught

By Friday, Armando Barron was charged with the barbaric murder of Jonathan Amerault. Britany Barron has been charged with “decapitating the victim and concealing the body.” While liberal prosecutors in states like New Hampshire love to turn real criminals who intentionally burn, loot, and cause mayhem back on the street as soon as possible, they decided to crack down hard on a domestic abuse victim who was obviously under “duress.” They’re throwing the book at Britany. “She was cooperative after she got caught,” prosecutor Scott Chase said.

The prosecutors justify their own barbaric prosecution in this case by claiming she’s being charged, “despite her cooperation, because she had many opportunities to report the crime before being found at the campsite.” Britany has a lawyer who at least understands that justice isn’t totally blind. Mitigating factors and circumstances make a huge difference in a case like this.

While everything that Armando did is barbaric and he deserves to be executed quickly rather than live out his natural life at taxpayer expense, Britany’s situation is a lot different. Her lawyer, Richard Guerriero explained at the arraignment that she only did what she did because she feared for her life “This really started with her being beaten severely. If you look at her face right now. She still has the bruising on her face and around her eyes and it’s described in the affidavit. Armando beat her severely and threatened her. He put a gun in her mouth, an obvious threat to kill her.” 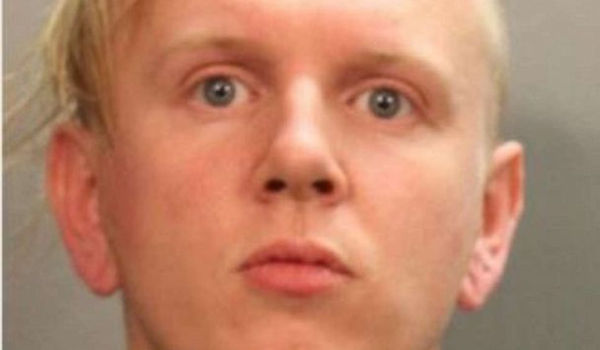