NBC is furious that President Trump thrashed one of their reporters live on the air. Peter Alexander thought he could go toe-to-toe with Trump and got a lot more than he bargained for. That question is “nasty,” slammed Trump, calling Alexander “terrible” for asking it. Then, there’s Dr. Anthony Fauci’s face-palm response. It was right on cue. When the president mentioned the “Deep State Department,” Fauci’s reflex reaction proved his loyalty as a deep state “Pavlov’s dog.”

The liberal network media, especially NBC, is scrambling to control heavy damage from another salvo of President Trump’s well targeted verbal shots. At Friday’s virus briefing, Peter Alexander tried to get cute, asking what the president “would say to Americans who are frightened amid the coronavirus pandemic?” He didn’t get the kind of answer he was expecting.

That’s nasty, Trump declared. He called Alexander “terrible.” and called the network’s parent “Con-Cast.” Officially, NBC is owned by Comcast. The mainstream network media expects President Trump to take their abuse lying down and hate it when he totally refuses. “It was a totally fair question with an obviously accurate premise. The reaction made no sense,” whined one shocked NBC News reporter.

“Legitimate question my a**,” tweeted Fox’s Brit Hume. “It was the kind of bullsh*t gotcha question which hack WH reporters have been asking for decades.” President Donald Trump doesn’t play that game.

Dr. Anthony Fauci’s progressive New World Order indoctrination is so strong that it overwhelmed his epidemic survival training. Like one of Pavlov’s dogs, trained to salivate at the sound of a bell, Dr. Fauci, a specialist in the control of infectious diseases, forgot all about how important it is not to touch his face. Even Twitter noticed. “When Dr. Fauci breaks the taboo of touching the face to facepalm, you know it’s bad,” @Eurydice_KRG posted.

When Dr. Fauci breaks the taboo of touching the face to facepalm, you know it’s bad. https://t.co/kd7Vzutxrm

Fauci was reacting to President Trump’s comment, “One thing, Secretary of State Pompeo is extremely busy, so if you have any question for him right now, could you do that? I’d like him to go back to the State Department or as they call it, ‘the deep state department.'”

Dr. Fauci was still dizzy from his previous entanglement with Trump a few moments earlier over the chloroquine issue. Fauci is as furious as NBC is over Trump’s suggestions that the drug may be effective against the virus. Trump told the public about “very encouraging results” from chloroquine and hydroxychloroquine. Saying, the medications have “gone through the approval process” and “we’re going to be able to make that drug available almost immediately.”

Fauci says you can’t make those claims because they still need to be “assessed in clinical trials before being declared safe and effective.” He doesn’t like home remedies which don’t profit the drug giants. “The evidence you are talking about is anecdotal evidence. The information you are referring to is anecdotal, so you can’t make a definitive statement about it.” Just because something is a folk remedy doesn’t mean it won’t work.

A report that’s been out since 2005 suggests “chloroquine and its derivative hydroxychloroquine might be effective at treating COVID-19,” Dr. Len Horovitz explains. It interferes with the virus’s ability to replicate in two different ways. First, chloroquine blocks a critical step preventing it from invading host cells and also preventing SARS-CoV from plugging into a receptor called angiotensin-converting enzyme 2. Kind of like superglue in a lock. “It was thought that whatever pertained to SAR-CoV-1 might apply to SARS-CoV-2,” Horovitz notes.

In February, a Chinese virologist started testing it, “and found that chloroquine successfully stopped the spread of SARS-CoV-2 in cultured human cells.” Here in the U.S., contrary to what Dr. Fauci says, “some hospitals in the U.S. have begun administering the drug, according to The New York Times. They also report, “the FDA is organizing a large clinical trial to formally assess the drug’s effects.”

Not only that, “the University of Minnesota is studying whether taking hydroxychloroquine can protect people living with infected COVID-19 patients from catching the virus themselves.”

One thing to beware of before you start panic buying tonic water, “overdose can lead to acute poisoning or death in humans.”

Another thing the progressives have been obsessing about is the non-politically-correct way that President Trump has been calling 2019-nCoV the “Chinese Virus.” That’s racist! They insist. Chanel Rion, from conservative One America News, pointed out the absurdity of the liberal position.

She started by asking the president if he thought the phrase “Chinese Food” was racist. Of course not, he confirmed. “Is it alarming that major media players, just to oppose you, are consistently siding with foreign state propaganda, Islamic radicals, and Latin gangs and cartels? That they work right here at the White House with direct access to you and your team?” 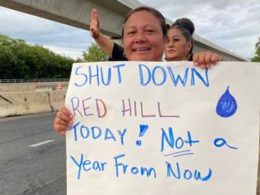