There was a surprising twist to the ongoing Jeffrey Epstein saga last week. The pedophile’s millions are frozen solid. Judge Carolyn Hermon-Percell told the frantic estate lawyers to work it out with the prosecutor because “her hands are tied.”

Last week, Virgin Islands Attorney General Denise George filed a lien against the Epstein estate, valued at somewhere around $577 million. Lawyers hired to administer the frozen funds were enraged, so they went to court fighting. It didn’t do them much good. The lawyers still have a lot to explain to the judge. Especially how the money seems to have a mind of it’s own lately. “The government is concerned that you could start paying out settlements and when the government’s turn comes there’s nothing left,” the magistrate explained.

Ms. George argues the fund is operating illegally. The “executors have set certain parameters for the proposed fund which are inconsistent with the laws of the Virgin Islands.” Their proposed scheme is “wholly inadequate to effectively protect the rights of the victims who seek compensation and those who might come forward in the future.” Epstein sexually abused “hundreds of young women and girls as young as 12.”

The core of the dispute is the proposed fund to compensate Epstein’s victims for the horrific sexual abuse they suffered. It looks more and more as if the only ones sure to be paid are the estate lawyers who administer it. Lawyers for Epstein’s victims support the idea of a voluntary compensation fund because it will make the entire process easier. They won’t have to go to court on each case one at a time. It’s the costs associated with setting up and running the compensation fund that create all the headaches. The trust lawyers already admit they expect a lavish split.

Hermon-Percell repeatedly interrupted Epstein’s lawyers with a simple question. “I want to know about the money.” Estate lawyer Andrew Tomback explained, “The attorney who designed the program would be paid $1.7 million, and the proposed administrator, Jordy Feldman, would be paid $150,000 per month for the 12- to 14-month duration of the victims’ compensation fund.” That adds up to $2.1 million. Then they need offices. They budget, “up to $3.5 million in office costs just for administration.”

Epstein set up “numerous shell companies that hid his identity and helped him acquire two private islands,” the Miami Herald writes. Epstein owned a “bank” called Southern Company International, Ltd. It kept all its permits up to date but never did any business as a bank. The Miami Herald found out recently “the mysterious company received $15.5 million from the Epstein estate.”

Lawyers claim it was a simple mistake, saying, “some of that payment was an error.” The New York Times reports, “Southern Company International was a specialized bank that is the first of its kind in the territory and is allowed to do business only with offshore clients.” Not only that, it shouldn’t even exist, due to Epstein’s criminal history. Judge Hermon-Purcell ordered the estate “to produce further documents explaining the financial irregularities.”

At the February 4 hearing, Magistrate Hermon-Purcell approved a band-aid solution, allowing administrators to access only what they need from the frozen estate “to cover basic bills.” She also “wants to know more about the costs associated with setting up and running the compensation fund.”

As far as the rest of the frozen assets, the lawyers are to sit down with Ms. George. The judge notes, “I’m sure you can work something out.” The judge agrees, “that the program will save time, money and especially attorneys’ fees,” but notes it’s not her decision. “The attorney general has taken out a lien on everything.” 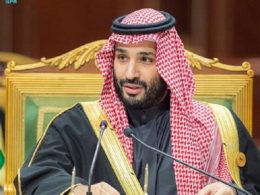 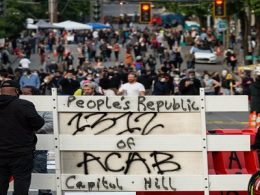 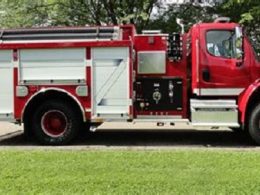